So we’ve been going through the recent posts of our 2017 Outstanding Personalities winners and have decided to pick a few posts from them to push us into the New Year.

Why It Fits in This Category?

In her post, she clears the confusion between superheroes and heroes. She also shows us what these should actually mean in society. This is a perfect message for us to carry through into the next year.

As you read, think of ways you can do “heroic” deeds that will put a smile on someone’s face. Happy Holidays!!

Thank you for your kind words, Sadaf

Beautiful and wonderfully expressed post by one of our winning nominees.

A few weeks ago, I was nominated for the Outstanding Personalities Annual Jainey and Nessa Awards under the Personal Development and Selfless Service in 5 categories. The results were out last week. And to my utter surprise, I had won four out of the five awards I was nominated for !

This was the first time they were conducting an event outside the country of ceremony. Honestly, I wasn’t hoping to win a single award because the competition was really, really tough. The nominees were all very accomplished, gifted and brilliant in their fields, so bagging even one was a big honour for an amateur writer like me. I am really thankful to the Jury for considering me worthy of it.

As I mentioned in one of my recent posts, that these days I have been more of an observer than a participant. So here’s another of my many rants…

Thank you, Nicolle K. for your kind words on the awards. It means a lot to us.

Stories of a Highly Sensitive Introvert

Yes, I’m feeling like this right now! [🖼❗] Originally I didn’t plan on posting anything today, but this is so incredible I decided to get off my lazy behind and type this today!

As you’ve probably guessed from the post title, I’ve received the Jainey and Nessa Awards! Not just in one category, but FOUR!! 😱😱😱😱

About the Jainey and Nessa Awards

First, a little bit about this award!

The Jainey and Nessa Awards (named after the award founders) first started off with one bright and awesome teenager’s idea of imaginary award ceremonies where everyone is a winner, with funky awards like “Happiest Individual” and “Nicest Smile” and even printed A4 personalised certificates to go with them! 🏆🎖🏅

Last year, the team – formed from a group of equally bright and awesome teenagers – went on to make it official and started appreciating outstanding personalities in their city…

How did the jainey_Nessa Awards Begin?

Well, the idea came way back in 10th grade. That’s about two years ago. Jane, one of our founders, suddenly got a notion to start having imaginary award ceremonies in which everyone was a winner. Together with her bestie (another founder), she’d go all the way to actually make award certificates with A4 sheets – each one with its own design. She was a terrible artist then (and not the best now too) but she was very good at word art and so that was okay.
So she’d present everyone (we were about six in our group of friends – 3 girls and 3 guys) with an award for the weirdest of things like “Nicest smile”, Weirdest Laugh, Happiest Individual, etc. And then she’d make us give award speeches. And she’d always succeed in making us all laugh. And she did this every term with the winners growing each time and with no award ever being the same. And it made us feel good about ourselves that we were appreciated.
Then sometime last year, she suggested that we try to make it official and appreciate outstanding personalities in our city. We all agreed that it was a great idea but only a few responded positively to her suggestion. Thus began the Jainey & Nessa Awards – named after our founders.

We’re finally online!! Took a lot of pressuring and suggestions to make us decide that’s it’s better late than never. Plus there’s nothing to lose.

So here we are. 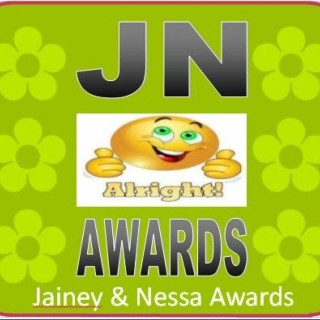 This is a team of teenagers who have gotten together to recognize and appreciate the outstanding personalities in our society.